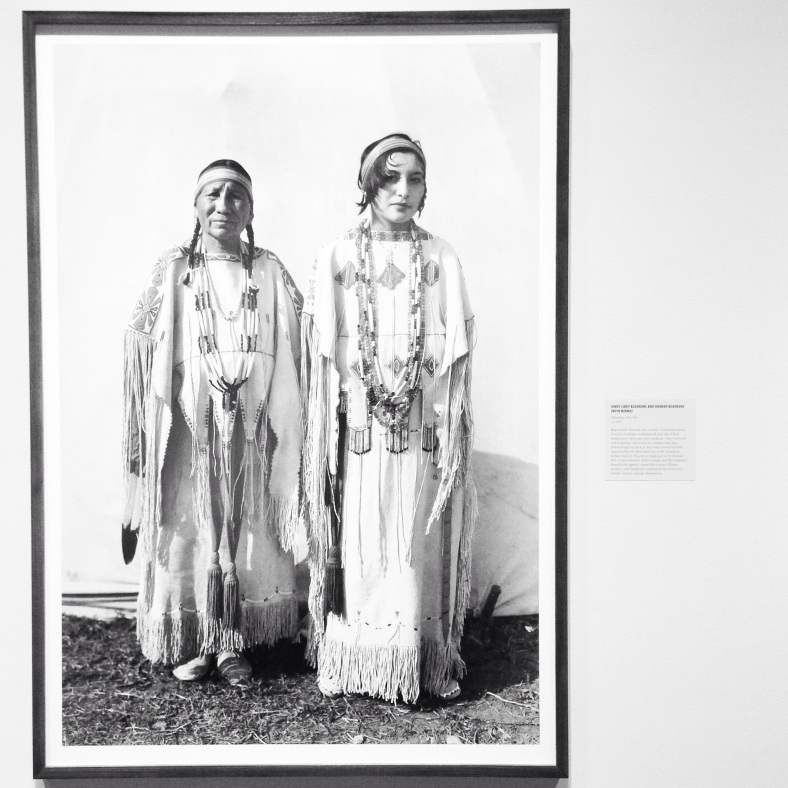 Sindy Libby Keahbone and Hannah Keahbone
Horace Poolaw
Oklahoma City, OK
ca. 1930
[photo snapped at the National Museum of the American Indian, For a Love of his People: The Photography of Horace Poolaw exhibit]

“Reportedly, Hannah was a rebel. Traditional artist Vanessa Jennings remembered that she defied temperance laws and wore makeup. ‘She was bold and beautiful. The rules for women and their physical appearance at this time [where] harshly regulated by the field matrons at the Anadarko Indian Agency. You were supposed to be dressed like a super-modest white woman and NO makeup.’ Despite the agency, twentieth-century Kiowa mothers and daughters negotiated the terms of female identity among themselves.”