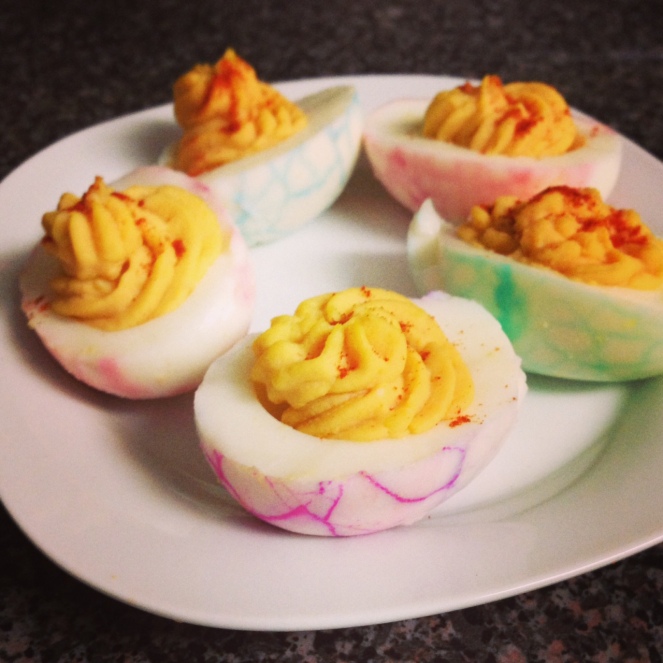 Take the throne and seize the realm! To celebrate the return of HBO’s magical series, Game of Thrones, I was invited to attend a watch party for its Season 4 premiere. Delicacies included “Tyrion’s Totchos” (think: Tater Tot nachos), Fire and Blood beer from Brewery Ommegang and TRAYS. OF. MEAT. There will be FEAST! 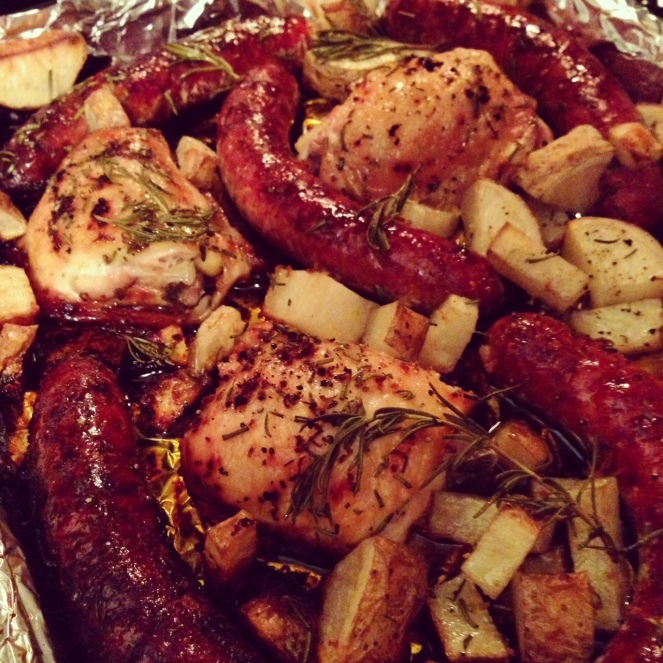 I also made Fiery “Dragon’s” Deviled Eggs, pilfered straight from the nest of Daenerys Targaryen’s dragons. ;) These dyed eggs would also be a fun to make for Easter, or any dino-themed party. To get the crackled color effect on the eggs, I simply chipped the eggshells after hard cooking the eggs – a technique similar to hard boiling – and let them sit in colored water for a few hours.

For the Game of Thrones fans, there won’t be any major spoiler alerts here about the new episode, but I did enjoy seeing the return of some of my favorite seasoned cast members (Arya! The Hound!), as well as a few new ones, including a prince who boldly tells Tyrion that the Lannisters are not the only ones who pay their debts…

(I also ended up scooping up this super cute Game of Thrones cookie jar to store sweeter treasures for future GoT parties. :) 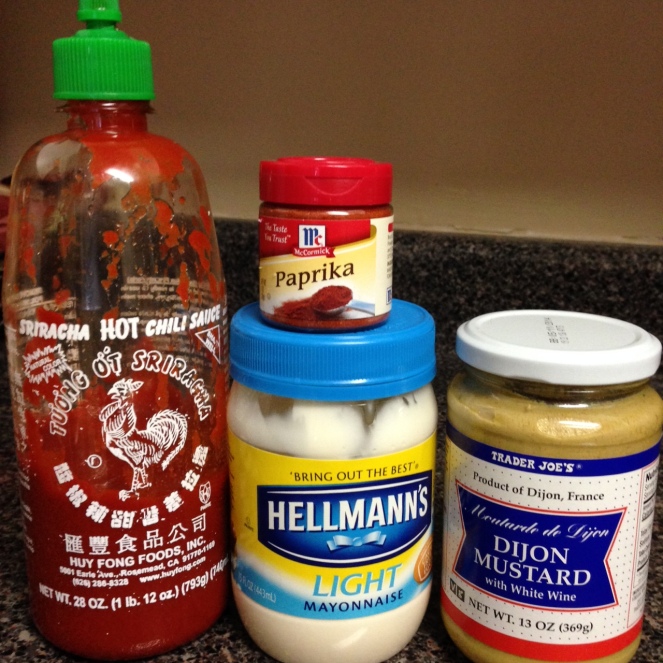 1. Place eggs in pot of water and bring to a simmer. Once water is simmering, keep eggs in pot covered by a lid for 17 minutes. (This method is called hard cooking your eggs, which is different from hard boiling because you maintain a simmer vs. a boil. Simmering is a cooking method used often for stews; it involves bringing the water to a temperature just under boiling point. You may see small bubbles slowly float to the surface, but you shouldn’t allow your water to come to a rolling boil.)

2. Remove eggs from pot, allow them to cool and then lightly chip eggshells by tapping and rolling them on a hard surface, so they’re lightly cracked all over.

3. Use hot water from pot and pour into glasses or mugs. Stir in a few drops of food coloring. (I used 3-4 drops per glass.) Carefully drop in your cracked eggs, and make sure the water fully engulfs eggs. Place glasses or mugs into refrigerator and let them sit for a few hours. (I let my eggs sit for approximately 4 hours.)

4. Remove eggs from colored water. Your shells should be a pretty, dyed color now, too. :) And now for the slightly painful effort — shell removal. (Warning: This process takes some time and patience! I popped on the Game of Thrones Season 3 recap and watched the episode while removing my shells. The dragon sightings were very appropriate here. :)

5. Slice eggs in half, remove yolks and mix together your preferred deviled eggs filling (optional filling recipe above). Pipe filling back into eggs. (I used my new cookie press and an icing tip to pipe my filling. It worked like a charm!) Dust tops with paprika for an extra fiery effect.

Pop in a tray, bring to your party, and if appropriate, make many references to majestic winged creatures in flight! :)

This recipe was adapted from Doughmesstic. 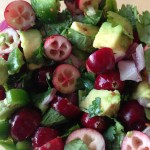 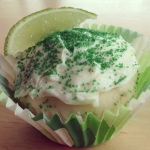